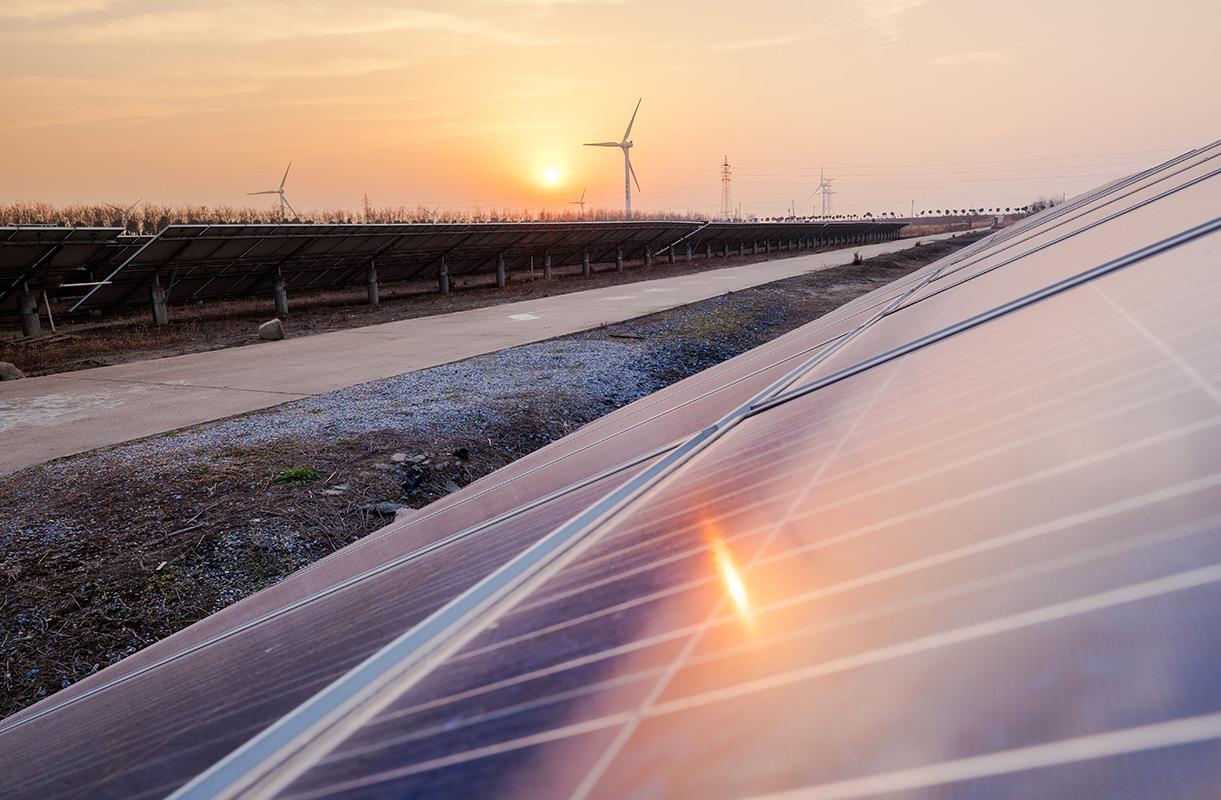 In the space of just two months, our blade factory in dabaspet, india reduced its carbon footprint from electricity consumption by a whopping 57 percent. Thanks to a power purchase agreement (ppa), the plant now sources much of its electricity from an off-site solar farm.

Now that LM Wind Power has declared it is carbon neutral, the first in the wind industry to do so, the stories of the improvements made under the CleanLM program continue to reveal themselves. The program is about more than protecting environment: it’s also about saving costs and improving our business.

Our plant in Dabaspet, India is already showing the bottom-line benefits of reducing its carbon footprint by switching to renewables. In just two months, they reduced their electricity-related carbon emissions by 57 percent, resulting in $76,000 savings!

Where do our emissions come from?
Electricity accounts for the largest amount of energy consumption in our plants and therefore has a major carbon footprint. In 2016, 41 percent of our carbon emissions were attributed to the purchased electricity that powers our plants and offices.

This year, the Dabaspet plant signed a Power Purchase Agreement (PPA) and began sourcing electricity from an off-site solar farm. The photovoltaic (PV) system of the 175 MW solar farm converts light directly into electricity. The PPA is a contract where we commit to offtake a certain volume of electricity for a long-term period, which allows us to source the electricity at more attractive prices.

Why solar, not wind?
Switching to 100 percent renewable energy to power our plants and offices worldwide is one key work stream under our CleanLM program. In an ideal world, we would source all of our electricity from wind farms powered by LM Wind Power blades. However, this is not always the most economical or technically viable solution at some of our plants.

A cross-functional team of Maintenance, Global and Regional Sourcing, led by Regional Sourcing Director Anand Sreekantiah Ramamurthy, started Dabaspet’s solar PPA initiative in August 2017 as part of synergy and consolidation efforts. They identified, implemented and owned the measures for how best to ensure the CleanLM goal.

“In collaboration with colleagues from other GE sites, we saw that consolidated bidding and pre-existing exemptions on surcharges for a solar energy tariff provided a more competitive solution than sourcing electricity from wind energy,” said Sunil B.S., Project Leader for Global Sourcing. “Pursuing a solar PPA was the right choice for the Dabaspet plant so that we can achieve savings and contribute to CleanLM goals at the same time.”

It is expected that approximately $300,000 will be saved in 2018 as a result of the solar PPA that came into effect on March 1.

Energy-saving track record
Reducing the amount of electricity used in our plants is another important way to decrease our overall emissions.

Our plant in Dabaspet employs more than 1500 people and spreads across 50 acres. They have long championed energy-saving efforts and were the first LM Wind Power business unit to secure certification for ISO 50001 on energy management, already in 2015.

Through the installation of solar street lighting, induction lamps and LED light fittings, the plant has saved almost $400,000 in the last three years.

“We have saved more than 3.9 million units in that time,” said Balaji R., Associate Manager of Maintenance in Dabaspet. “And apart from these efforts, we are committed to completing many other energy conserving initiatives.”

Where do our emissions come from?