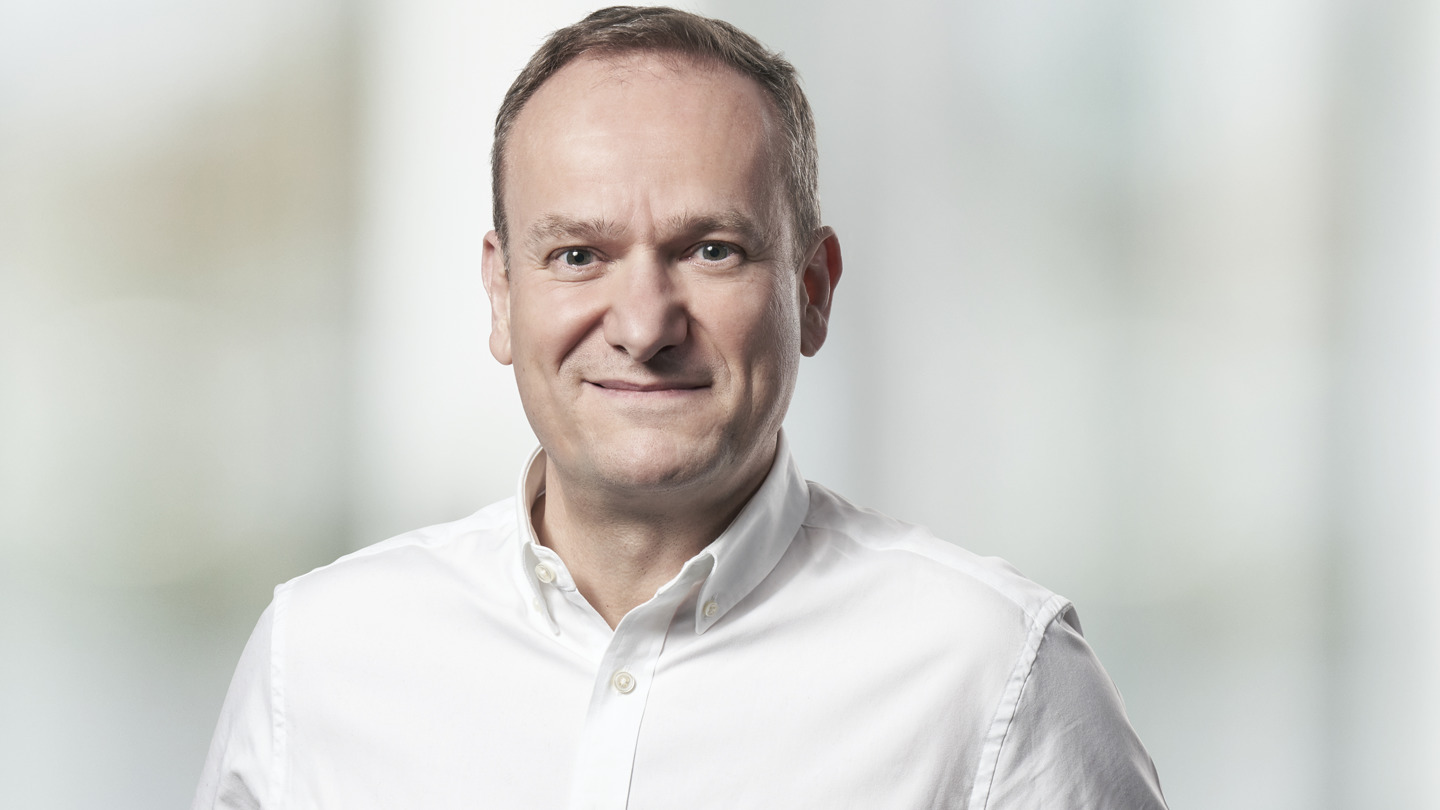 Prior to this new role, Olivier was a GE Company Officer and the Vice President of Global Supply Chain for GE Renewable Energy. In addition, Olivier is Renewable Energy’s Business Champion for the FastWorks and HealthAhead initiatives.

Olivier led supply chain operations for Power & Water in Asia. In early 2000, Olivier joined GE Energy in France, as a Manufacturing Leader. By end of 2002, he became the Six Sigma Master Black Belt for the Hungarian plant. In 2004, Olivier moved to China, supporting new factories start up, and then he transitioned as the General Manager for these plants. In late 2006, he was named as General Manager for Asia Manufacturing, GE Energy – Global Supply Chain Management. Before joining GE, Olivier worked as Manufacturing Leader in the car industry and worked for the global sourcing organization of Alstom.

Olivier graduated with M.S degrees in Mechanical and Manufacturing Engineering. Izabel Cortez was appointed Human Resources leader for LM Wind Power in 2020. Prior to that, Izabel has worked in GE for many years. She joined GE in 2012 as the HR Leader for Energy Management in Latin America. In 2016 she moved to Renewable Energy to shape the newly created business and lead the Regional HR function in Latin America, across various P&Ls Manufacturing plants, Projects, Services, Commercial and Support Functions. Prior to joining GE, she spent 17 years at Microsoft where she held a variety of senior roles in Latin America and the US, with a specific focus on business transformation, integration and change, talent management, and organizational and leadership development. Izabel holds a Bachelor´s degree in Business Administration from FGV-SP with a postgraduate qualification from Fundação Dom Cabral. 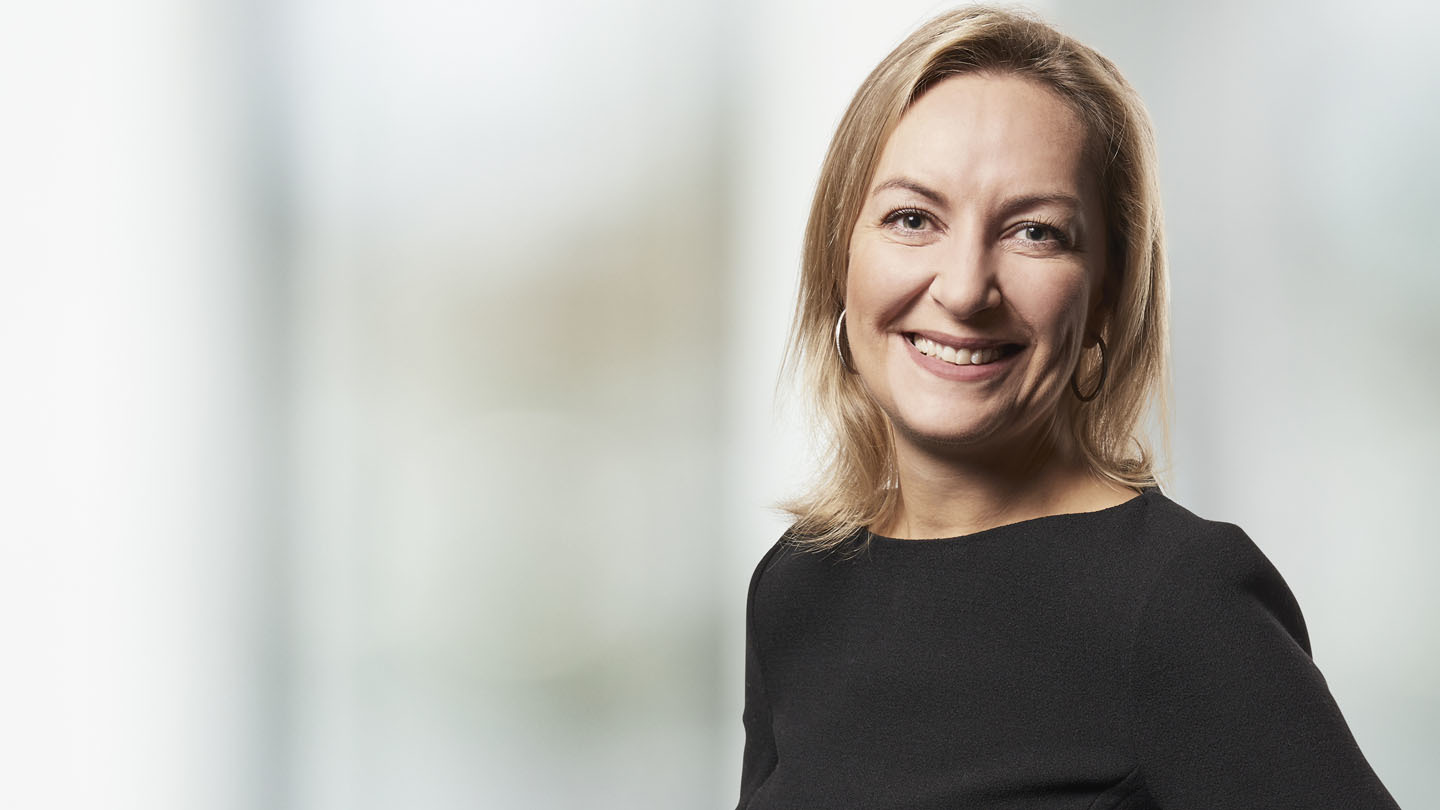 Ksenia is CFO of LM Wind Power. Prior to this, Ksenia was CFO for Global Supply Chain of GE Renewable Energy and Onshore Wind. She also led Commercial Finance, Digital and DT finance organizations of GE Renewable energy in 2017. From 2010 to 2016, Ksenia held FP&A, Controllership and Risk roles in GE Capital international. Ksenia is graduate of GE’s FMP and CAS programs and holds Masters in Business Administration from HEC School of Management. 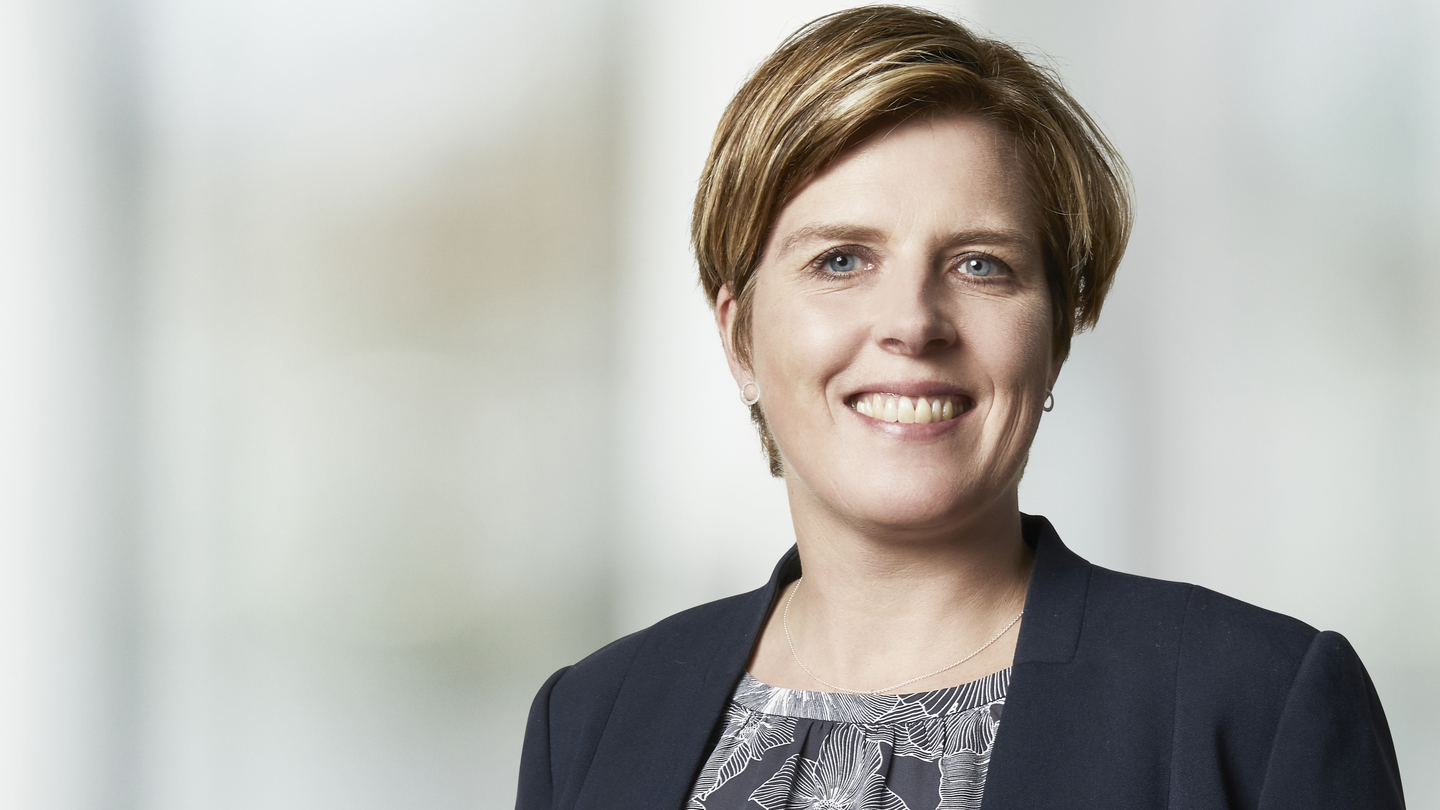 Dorte Kamper returned to Denmark in August 2017 after 4 years as LM Wind Power’s Commercial Director for the Americas. She joined the company in 2010 to hold the commercial responsibility for various key customers before relocating to the United States in 2013. She has a background in Sales and Marketing, latest as Sales & Marketing Director in the automotive spare part industry. Dorte Kamper has a Diploma in International Business from Aarhus University in Denmark.

Bjarne Sandager Nielsen has an engineering background and has applied his skills in multiple production companies over the years, including wind turbine manufacturer Vestas, where he during the past 15 years has held various positions in the Blades division, primarily focusing on operations, ramping up blade production in a number of locations.

Hanif joined LM Wind Power in March 2018. He brings more than 15 years’ experience and deep domain strategic expertise in technology, manufacturing and development of wind turbines and power generation plants. His background includes both onshore and offshore wind sector within multinational US and European industrial companies. He holds a Master of Science degree from Aalborg University. 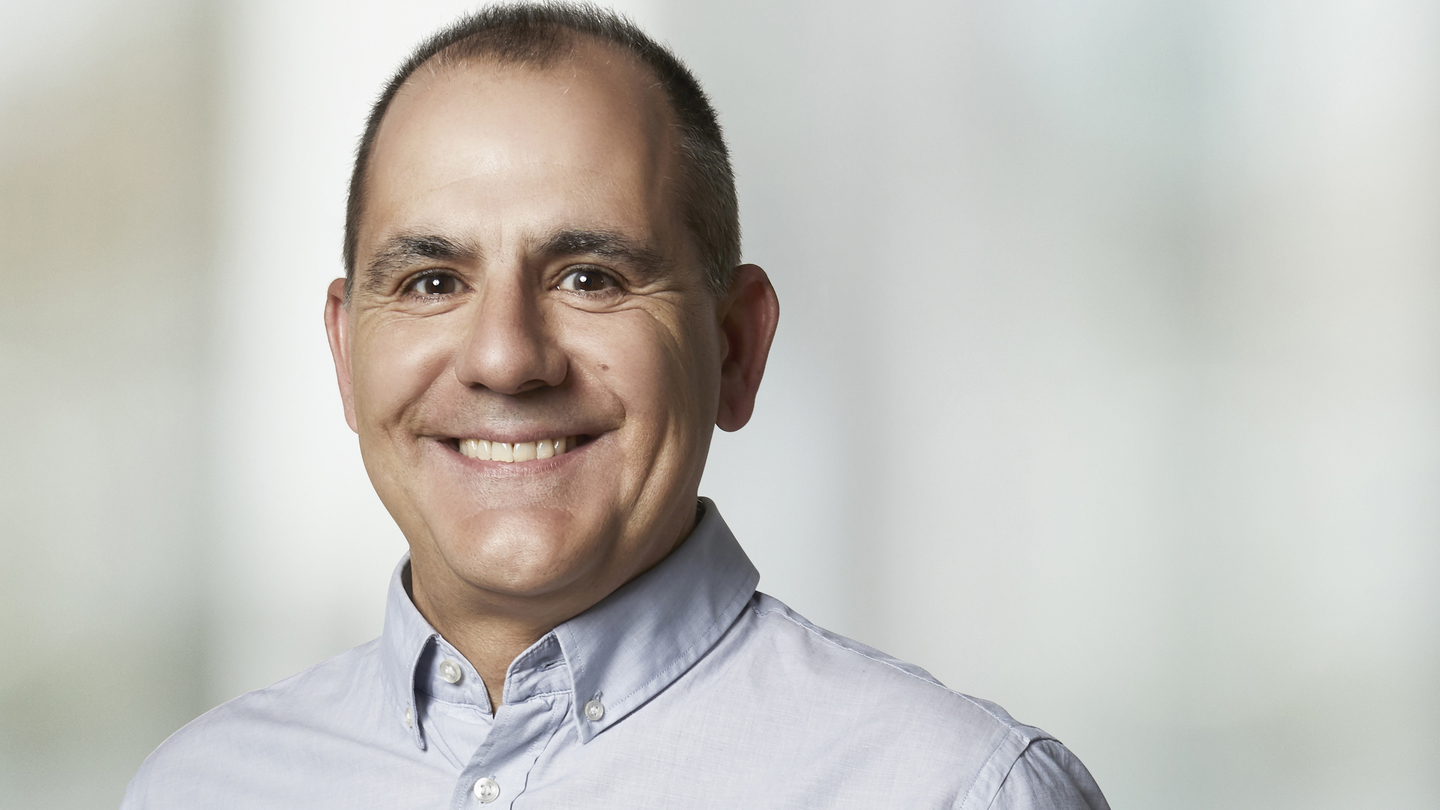 Chandra Duraiswamy joined LM Wind Power in March 2020 as Global Communications Leader. He spent 15 years in Marketing Communications handling internal and external communications for global organizations and worked in multicultural environments in different roles. He’s worked with global brands like Capgemini, Tech Mahindra, Bercen Inc. in North America, Europe and India and worked closely with the leadership team in communicating their strategies. Chandra has a M.S., Chemical Engineering (US), and an MBA, Marketing (US) and Diploma in Journalism (India). Also, he is a PROSCI certified ‘Change Management Practitioner’ and passed the ‘Design Thinking’ course from MIT. 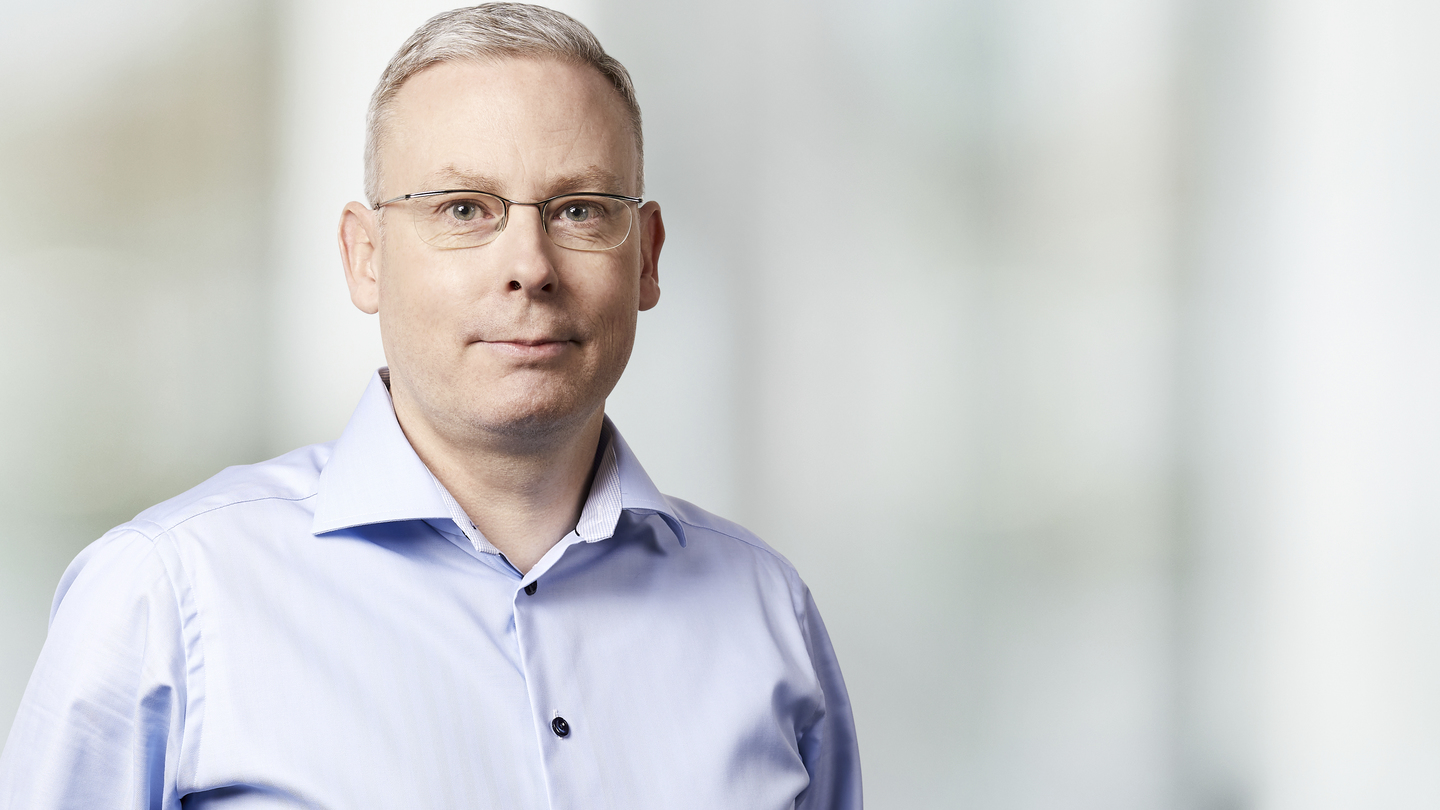 Peder joined LM Wind Power in 2009 as Legal Counsel and took over as General Counsel in 2013. In his time with LM Wind Power, Peder has participated in a large number of business and financial transactions. Before joining, Peder had 7 years’ experience as a lawyer in various Danish law firms within areas of commercial & corporate law. He holds a Master of Law degree from the University of Aarhus and was admitted to the Danish Bar in 2005. 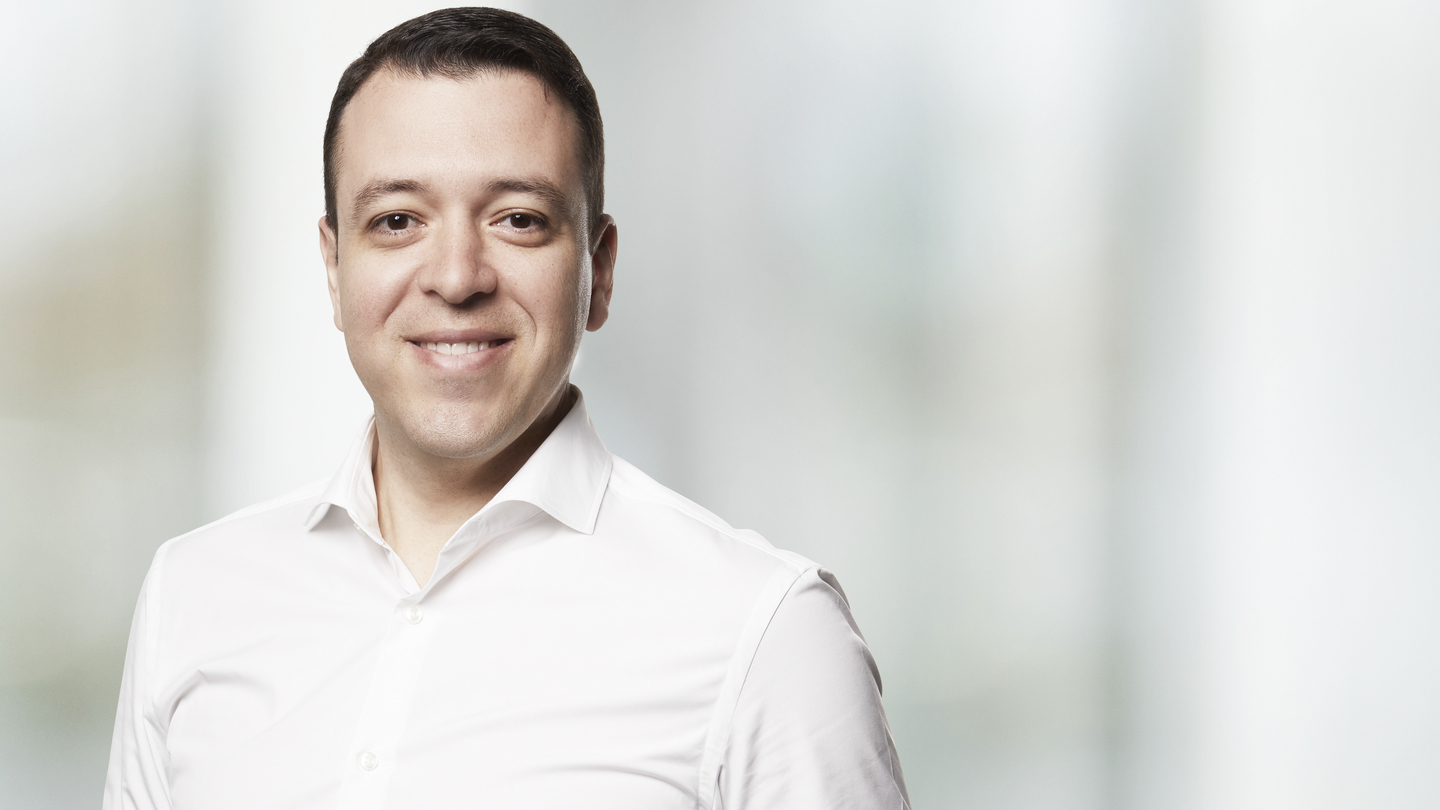 Renato joined LM Wind Power in May 2018 after 8 years holding leadership positions at GE Renewable Onshore Wind. He leads Commercial Operations and Services securing the best business decisions among Engineering, Operations and Sales. Renato brings 15 years’ experience on Wind Industry across North America, Europe, Asia and Latin America. He has a background in Aeronautical-Mechanical Engineering and hold a Master in Engineering plus an Executive MBA. 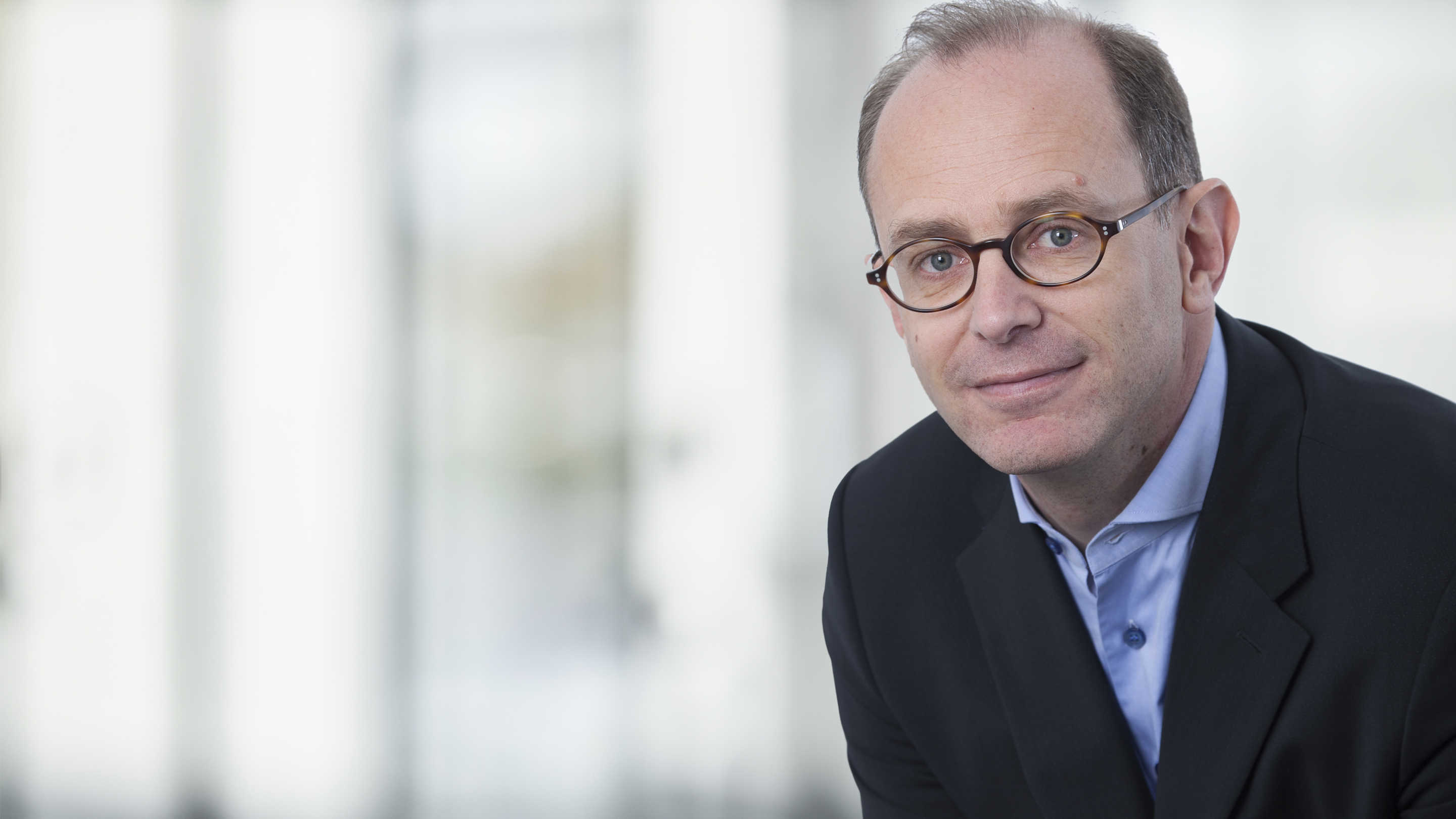 Pascal Renouvin joined LM Wind Power as CIO in July 2020. He has more than 20 years’ experience in Digital Technology. After 12 years as Consultant & Project Manager in Capgemini, Pascal joined Alstom in 2010 where he held various IT Manager roles. Pascal joined GE Renewable Energy just after the Alstom acquisition, at the end of 2015, as the CIO for Hydro & Offshore Wind. In addition to his role as CIO for LM Wind Power, he is also responsible as CIO for Renewable Energy Supply Chain. Pascal holds an Engineering degree in Engines & Energy. 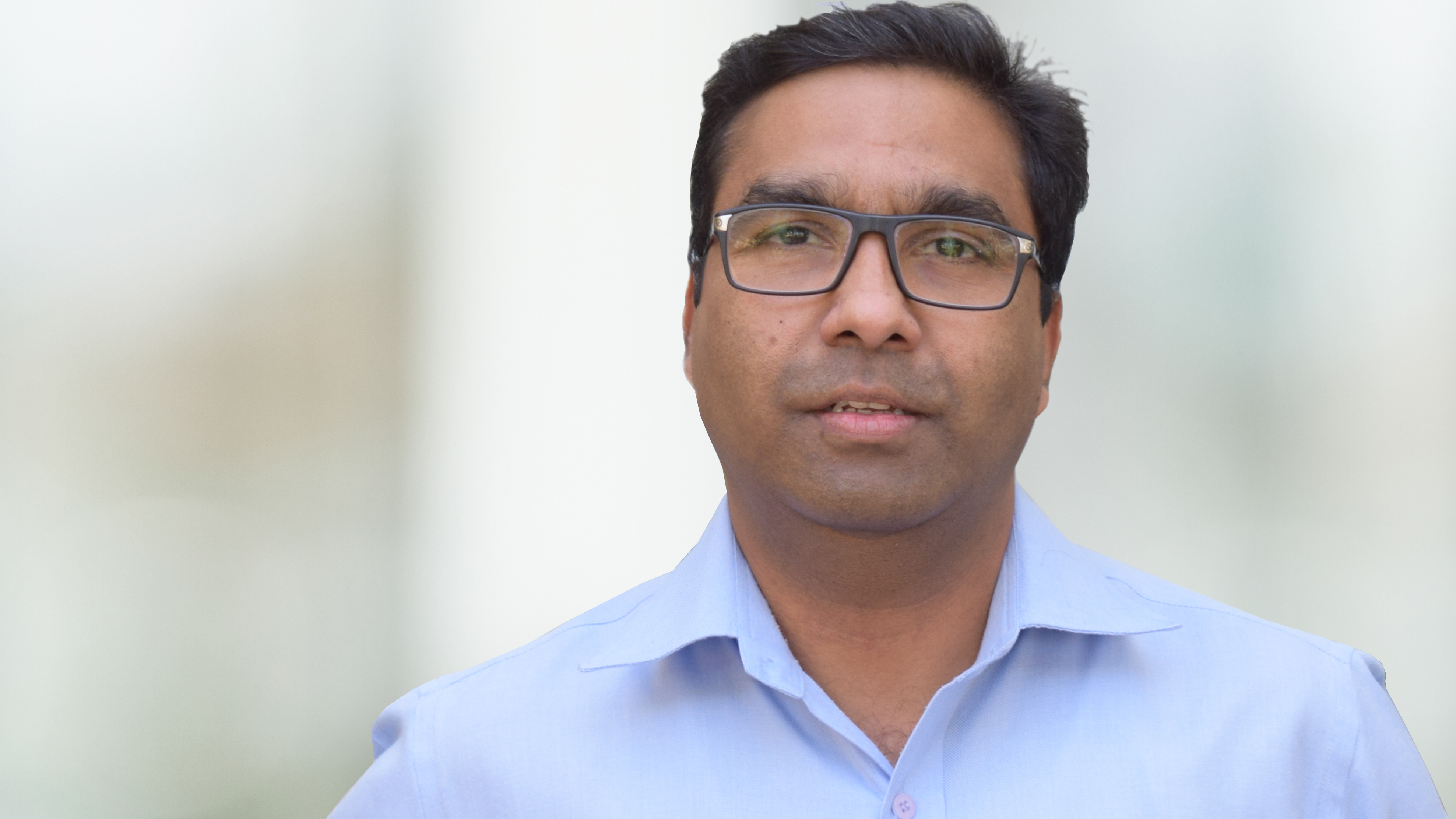 Phani Gujjari joined LM Wind Power in 2019 as Head of Operations for India. He brings 20 years of operational experience in manufacturing of Automotive components, and industrial and capital goods. Phani is very passionate about driving operational excellence in the shop floor and in business processes across our factories in India. A strong believer in the power of People and Lean to transform organizations, he spearheads the infusion of the ‘Lean spirit’ in everything we at LM Wind Power, India. Phani holds a B-Tech in Mechanical Engineering, an MS in Industrial Engineering and an MBA degree. 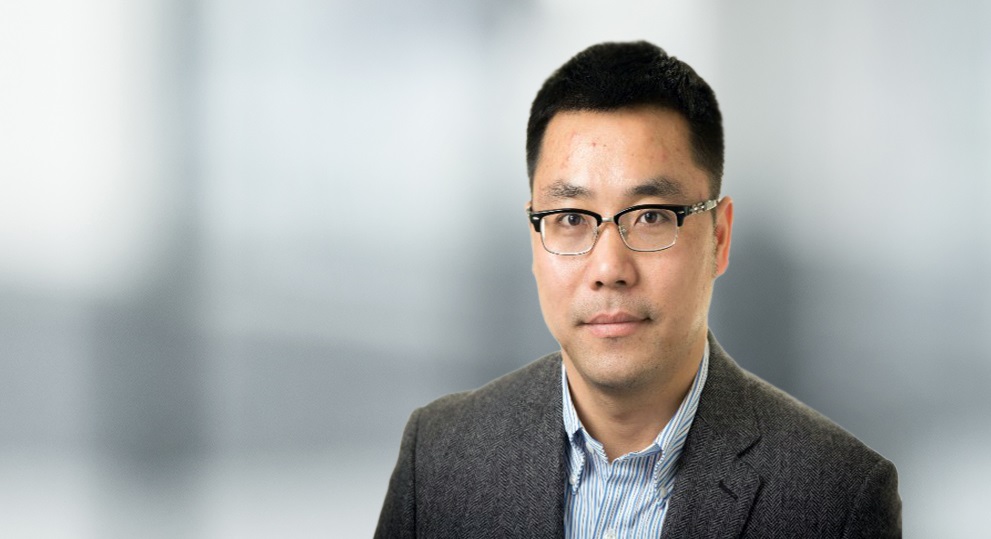 Hugh Xu joined LM Wind Power in 2021 as Head of Operations, China, providing overall leadership to the regional production facilities. He has extensive operational management experience, including plant leadership from his previous roles in GE Hydro in China, most recently as the Supply Chain Leader. 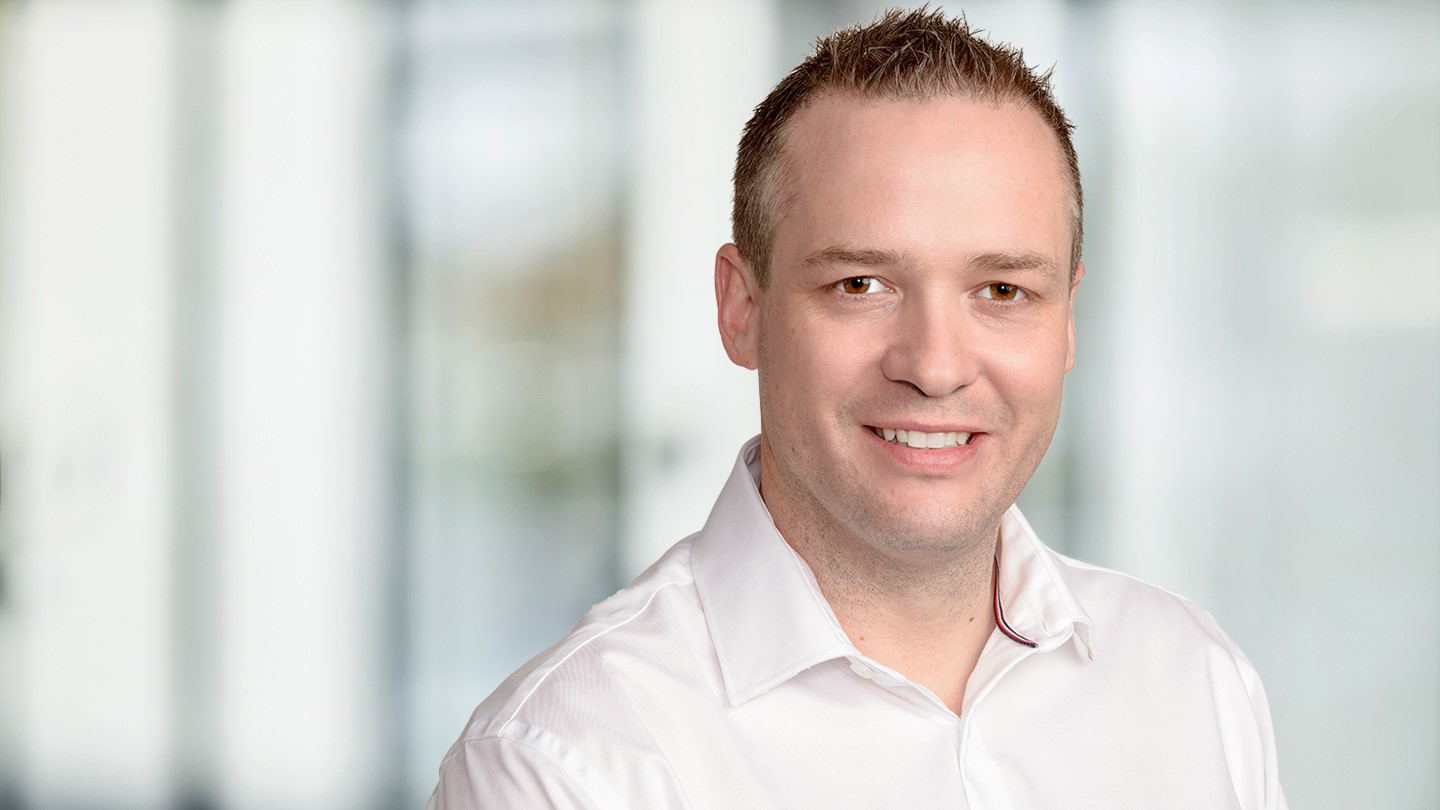 Alexandre Boulay came to LM Wind Power in 2005, fresh out of university. He holds a degree in Materials Engineering from Université Laval in Quebec. He was the first employee in the LM Wind Power Gaspé plant, Canada and an active member of the Gaspé plant launch. Over the years he held many positions at LM Wind Power. Most notable, Plant Director of many years and now Head of Operations for all Americas. 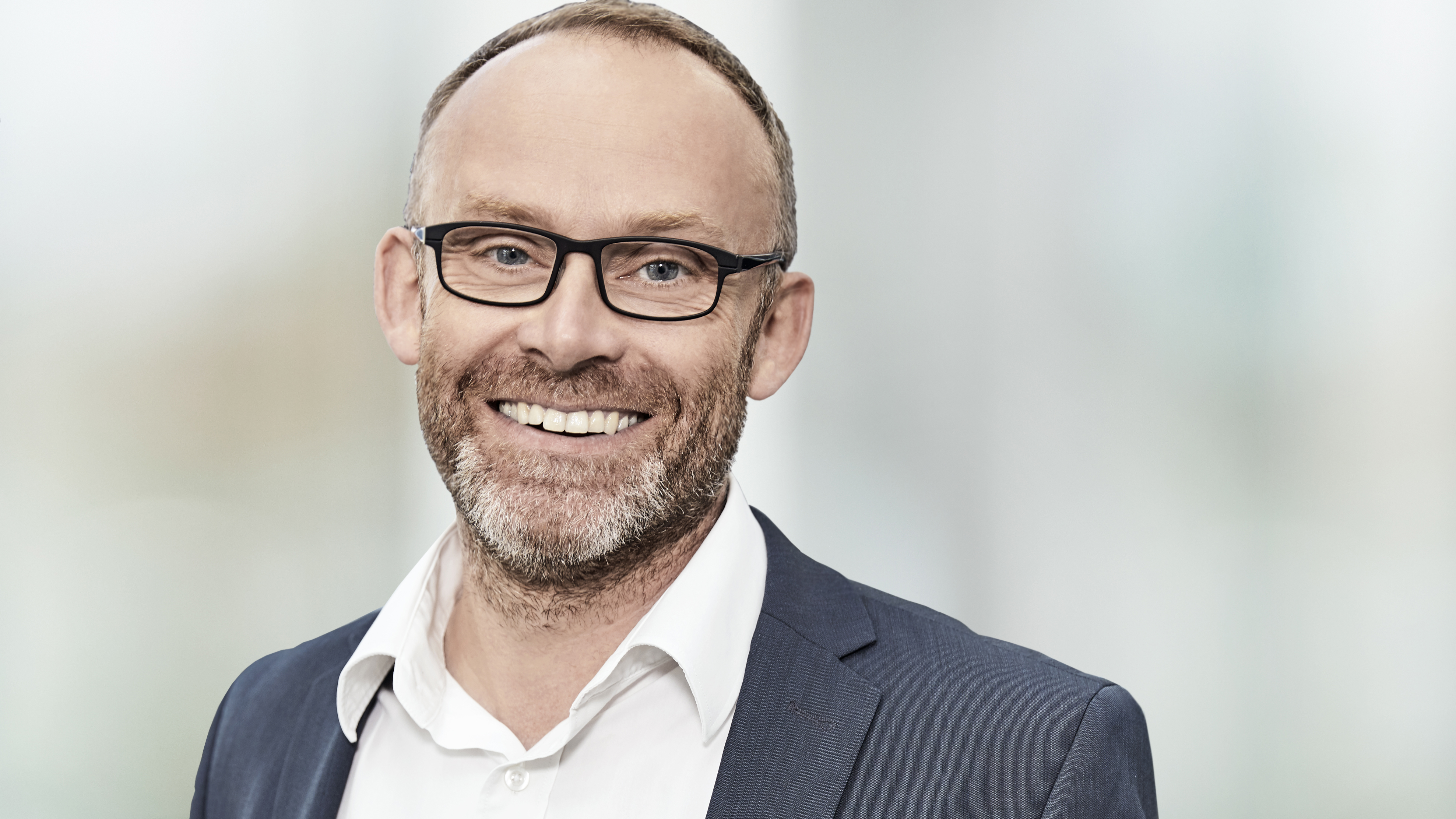 Since Torben Mølby joined LM Wind Power in 2007, he has built extensive knowledge and experience in leading large organizations with a people mindset in Operations and Manufacturing. He has held positions ranging from Plant Director, Regional Operations Leadership positions in China and India along with global roles heading Manufacturing Engineering and Service functions. Most recently, he assumed the role as Deputy Head of Global Operations from 2015 to 2020, before being appointed Head of Operations, Europe. Torben Mølby holds a Bachelor Engineer in Manufacturing Engineering and Management University of Southern Denmark 1993. Before joining LM Wind Power, he has held various operations leadership positions across companies in Denmark. 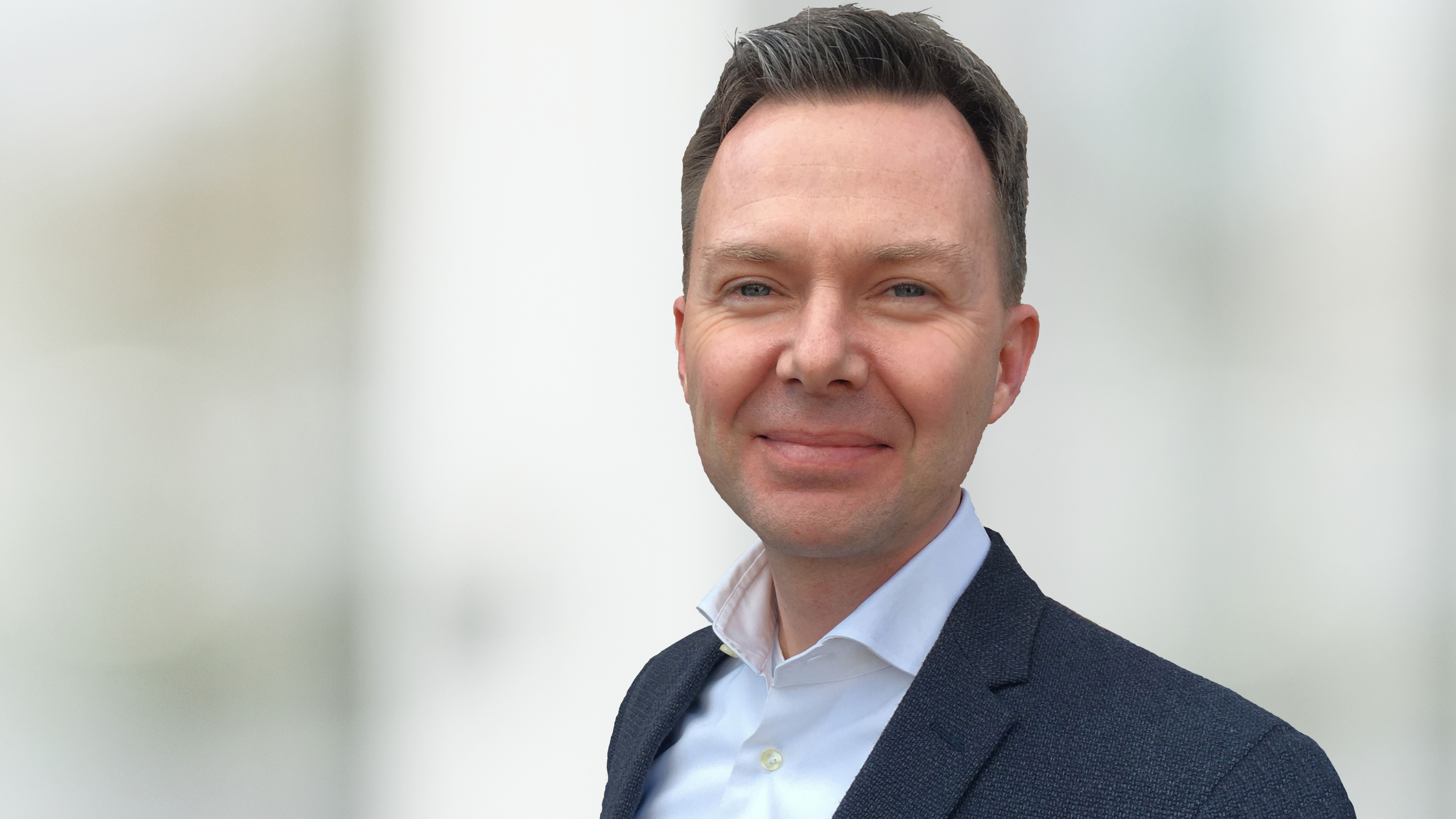 Stephan is the Lean Leader for LM Wind Power. Prior to joining GE, he served 15+ years in Operations and Lean leadership roles for several global manufacturing businesses, such as Pentair and Westport. His interest in lean was sparked at Fluke - a Danaher company - and building an engaged lean culture has been his passion ever since. Stephan holds an Engineering Degree in Mathematics and a Post Doc in Supply Chain Management from the Eindhoven University of Technology.