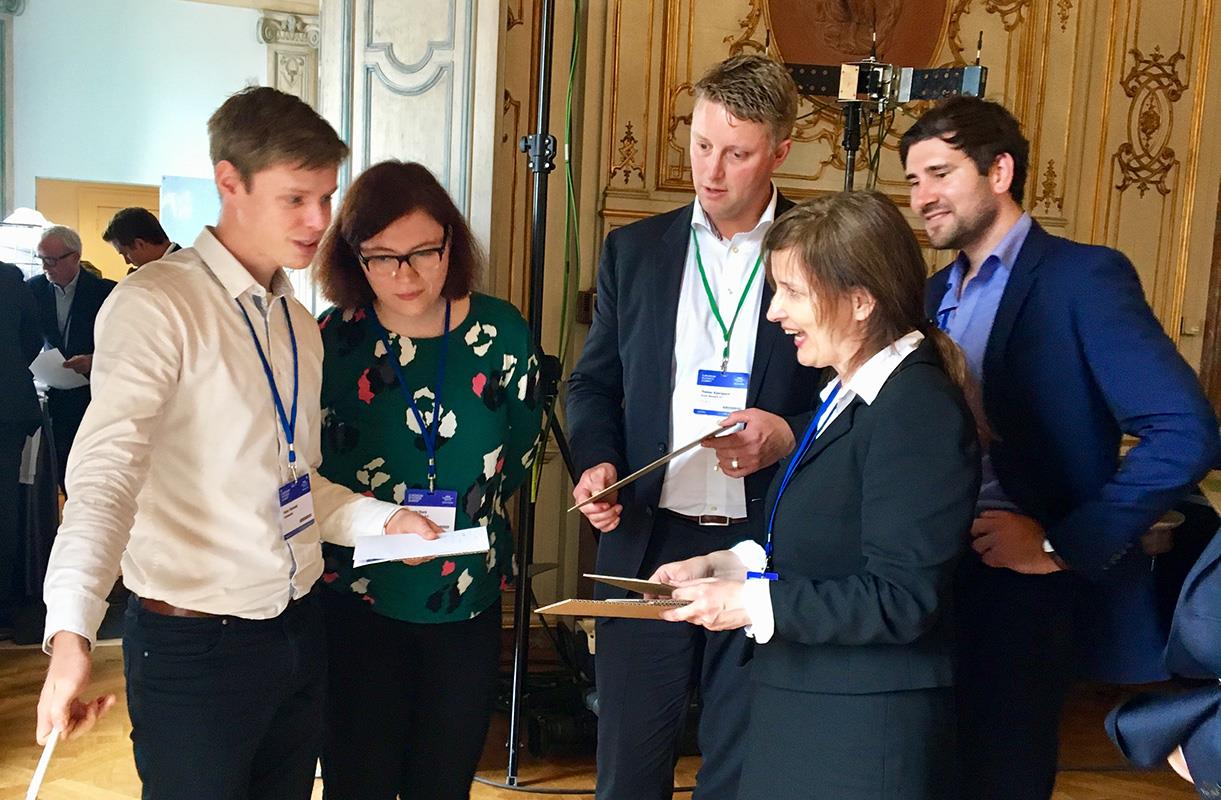 The game that could change the world

Do we think we will change the world, one board game at a time? Probably not… but then again, why not give it a try? Lene mi ran kristiansen, communications & sustainability senior manager, shares how roundtable participants at the 2018 sustainable development goals (sdg) summit in brussels learned how to go carbon neutral in 30 minutes, by playing with big pieces of cardboard!

Carbon neutrality. Not the most exciting nor tangible concept to grasp! When I tell people what I’m working on, often the first response I receive is a somewhat hesitant or even clueless look. Or at best, a curious and genuine smile followed by, “…And what exactly does that mean?!”

I could, of course, try to explain what carbon neutrality means. I could even take them through a polished slide show that illustrates where our carbon emissions come from and how we plan to reduce or offset them. But, I’ve learned the single most effective tool to engage colleagues, management and others is neither a lengthy explanation nor PowerPoint presentation. Instead, this tool is made out of good old cardboard.

The simplicity works wonders. After 30 minutes, the participants in our game can articulate the concept of carbon neutrality, the challenges and the potential considerations and solutions vividly. Perhaps they even had fun along the way.

So far this year, more than 200 people have played the game with us. One of the most rewarding examples was at the #SDG Summit in Brussels in May 2018. In fact, I’ve created a one minute summary to commemorate the experience. While my video probably won’t win an Oscar, take a minute and watch for inspiration as to how a simple game can generate excitement and understanding around a complex topic!

In June, I also had the opportunity to facilitate the “Go carbon neutral” game with a group of local company representatives and then with a group of new colleagues who just joined the company. They gave great ideas for developing the idea and spreading it even further, so who knows: we might be building a new franchise of the business!

Do I think I am going to change the world, one board game at a time? Probably not… but then again, why not give it a try?  All change starts with inspiration and a sense that we CAN do something, in this case, to ensure a better future for the planet. It doesn’t help to be paralyzed by the daunting scale of the challenge. I firmly believe that if we all contribute and pass on what we learn, we will succeed! 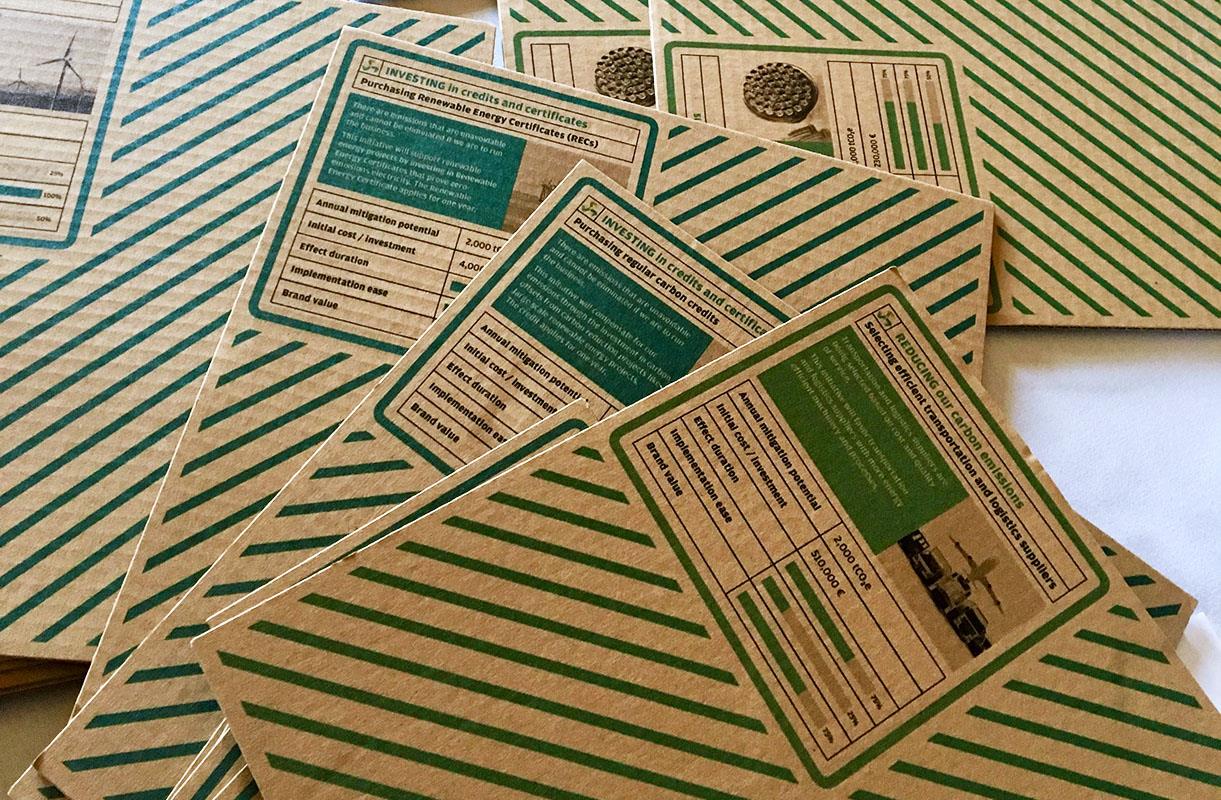 Play the game, rock the world!

Watch how roundtable participants at the 2018 Sustainable Development Goals (SDG) Summit in Brussels learn how to go carbon neutral in 30 minutes, by playing with big pieces of cardboard!

In this original game, 130 corporate leaders simulate real life decisions to balance CO2 emissions. See how they did.