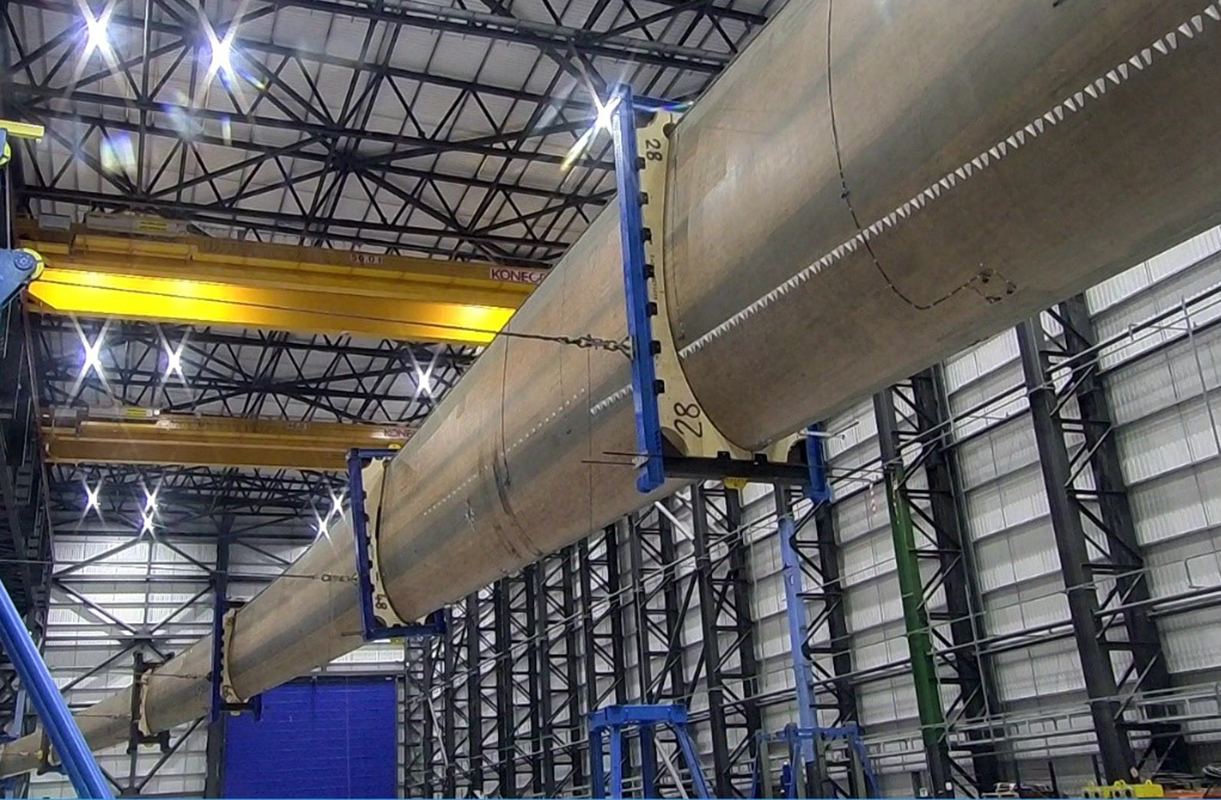 We are pleased to announce on November 10 that LM Wind Power’s record-breaking 107m blade for the GE Renewable Energy’s Haliade-X platform has received its Component Certificate from the TÜV Nord certifying body.

The component certification hinged on the testing of two 107m blades produced at our factory in Cherbourg, France. One blade completed its testing at the WTTC test facility in Boston, USA in September. And the other underwent a full-scale test (including static test, fatigue test and post-fatigue test) at the Offshore Renewable Energy (ORE) ORE Catapult’s facility in Blyth, UK.

The final pull of the post-fatigue test took place in mid-October and less than two weeks later, the blade Component Certificate was secured. This was only possible because of the advanced documentation preparation and close coordination between WTTC, ORE Catapult, LM Wind Power, GE Renewable Energy and TÜV Nord.

"Validating a blade and composite structure with the size and complexity of the Haliade-X LM 107.0 P is a technological milestone never seen or tried before! We are proud of the team whose tenacity and perseverance were continuously challenged by the circumstances we had to operate in, such as during the pandemic," said Hanif Mashal, VP Engineering.

"We not only validated our design hypothesis with successful completion of the test but also encountered unknown risks and challenges. One of the biggest learning from such a test campaign has been the use of lean operational practices, specifically during the last 6 months of testing, which helped us, and our partner ORE Catapult, achieve the needed milestone of certification. We will continue learning and push the boundaries of what is possible, because that is in our DNA as LM," Hanif added.

Tony Quinn, Test and Validation Director at ORE Catapult said, “The testing programme undertaken on the LM 107m blade has been the most intensive and rigorous that we have undertaken, applying extreme loads under laboratory conditions 50% greater than ever previously applied in a blade test.

"To achieve full certification of the longest blade in the world is a ground-breaking achievement and testament to an unparalleled programme of collaboration between LM, GE Renewable Energy and ORE Catapult under the most challenging of global circumstances".

"It all started with the largest blade in the world not fitting any test facility. Even in the largest test centers at ORE Catapult, the blade tip had to be cut off to enable the test facility door to close. Our experienced Test & Validation Center technicians joined with the ORE Catapult team to ensure fast progress and sharing of blade test experience," Cornelis said.

He also described how the pandemic restrictions add an extra level of challenge to the process.

"The travel restrictions made it impossible for us to join the final static tests in person. Prior knowledge of the facility let me fully understand the process and I was able to guide the test team and monitor the tests by a live stream. Streaming it across three monitors made my office desk feel like a kind of space launch environment. We weren’t launching a rocket, but observing the blade pass extreme loads was just as exciting!"