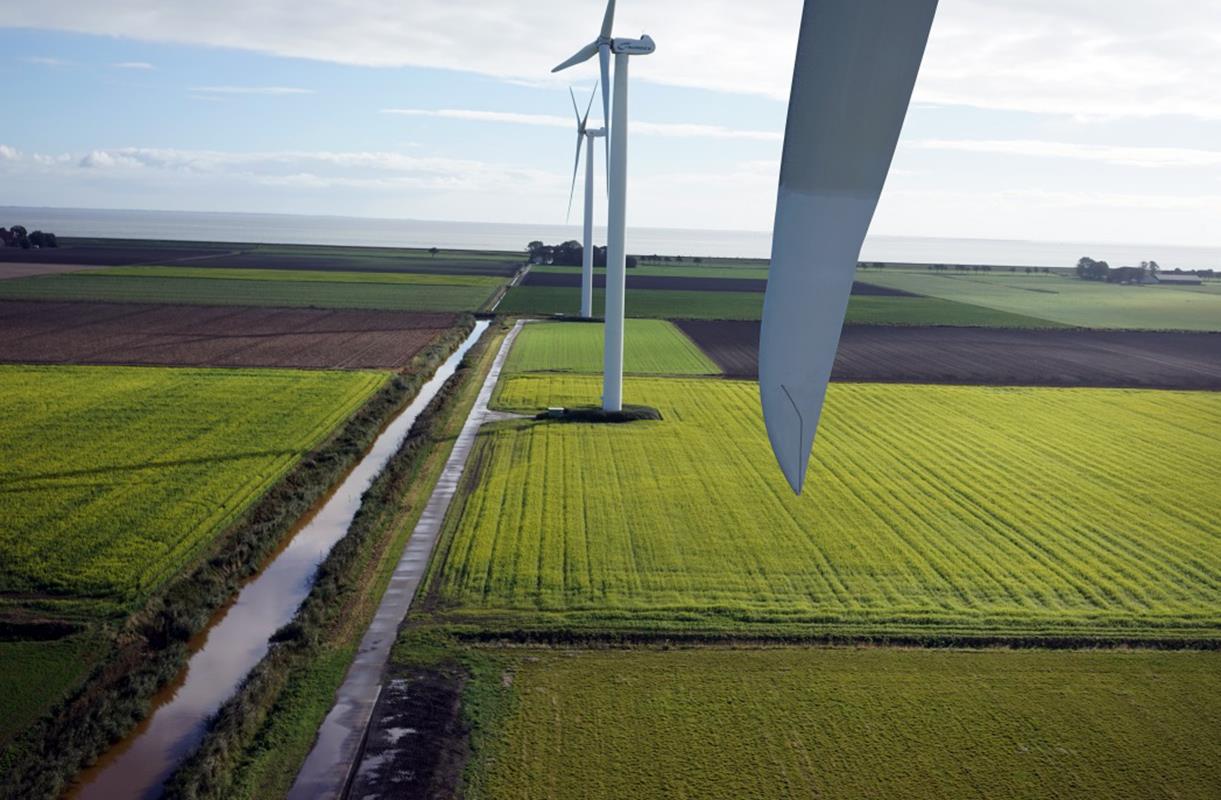 At the tip of innovation

Perhaps for the first time ever in the wind industry, the innotip research project has tested three new blade tip designs by extending blades with an add-on tip extension, which was then successfully removed. With the project now coming to a close, find out how these innovative tip designs could significantly reduce the cost of energy.

What do shark fins, winglets and turbulators have in common?

These unique terms all refer to types of tip designs for wind turbine blades – part of an innovative research project called ‘InnoTip.’ The blade tip is the primary source for noise, loads and power output from a wind turbine, so there are significant potential gains from further optimizing this part of the blade.

With the ultimate goal of reducing the levelized cost of energy (LCoE) through optimized tip design, the InnoTip research project started four years ago as a collaboration between LM Wind Power’s aerodynamics team and the Energy Research Centre of the Netherlands (ECN). During this project our Engineering and Service teams tested three new tip designs, by extending blades with a temporary add-on tip extension, perhaps for the first time ever in the wind industry.

"We achieved something which hasn’t been attempted before,” Jordy said. “Extending blades with an add-on tip and removing them without damaging the original blade is nerve-wracking, as many things can go wrong, but we proved the feasibility and gained invaluable knowledge.”

Designing the optimal blade tip
The InnoTip project aimed to design and demonstrate three innovative tips targeted for offshore wind farms. Turbines offshore aren’t as constrained by noise limitations, as there are not any people within listening distance, so there is the potential for designing tips more effectively.

The goal with the InnoTip designs was to increase the Annual Energy Production (AEP) of an offshore wind farm by 2%.

“Considering that one offshore wind turbine with 88.4 meter blades can power 10,000 households, even a small increase in AEP has a significant impact on reducing the cost of energy,” Jordy said. “The cost of producing blades with different tips is relatively small compared to the improved power output, so the InnoTip project could lead to a cost of energy-reduction of up to 2%, making the use of wind energy more competitive.”

He and the other project partners came up with three different optimized geometries for testing: A shark fin tip, a winglet tip and turbulators. The winglet tip consists of a bend on the tip and the turbulator tip involves wake reduction geometry that improves efficiency. The shark fin improves flow characteristics around the tip area which has a significant effect on blade performance (see the photo gallery below to view the three tip designs).

“Each tip design has different ways of increasing the turbine yield,” Jordy said. “For instance, the bending of the blade tip (winglet) effectively increases the length of the blade but in an altered direction. This will have some beneficial effects on the complex aerodynamic phenomena in the tip area of the blade. Another example, turbulators, causes a faster mixture of the wake, which is beneficial for the turbines further downstream in the wind farm.”

Putting the tips to the test
Once the three new tips were designed, it was time to put them to the test in the field. But manufacturing full test blades with each of the different tip designs would be expensive, so the InnoTip team came up with a more practical solution.

Instead of building new blades, the team would replace only the tips on blades already in operation – almost like putting a “sock” on the end of a blade!

According to Marcin Majdzik, Senior Manager, Industrial Engineering & Service Outsourcing, mounting the new tips onto a set of LM 38.8P blades in an operating wind farm in The Netherlands was a cumbersome and complex challenge.

“We had to be extremely careful not to damage the original blades,” Marcin said, “Because of the weight and dimensions of the InnoTips, lifting them from the ground and then precisely installing them was very difficult. But I am proud to say that even though it was the first time for us, we were able to successfully restore the blades to their original shape, allowing the wind farm to continue operating the turbines after our project ended."

So what did we learn?
Power increase from the new tip designs was even better than expected – up to 6% in the initial tests – proving that these new geometries as well as the field tests were successful.

With the InnoTip project having reached its conclusion in June 2017, Jordy reflected on the significance of the lessons learned.

“Using the insights we’ve gained gives new avenues for changing the design of blades to improve output and efficiency without necessarily changing the structural design or production processes. We’ve already included this knowledge as part of new blade developments and look forward to bringing even better performing blades to the market.” 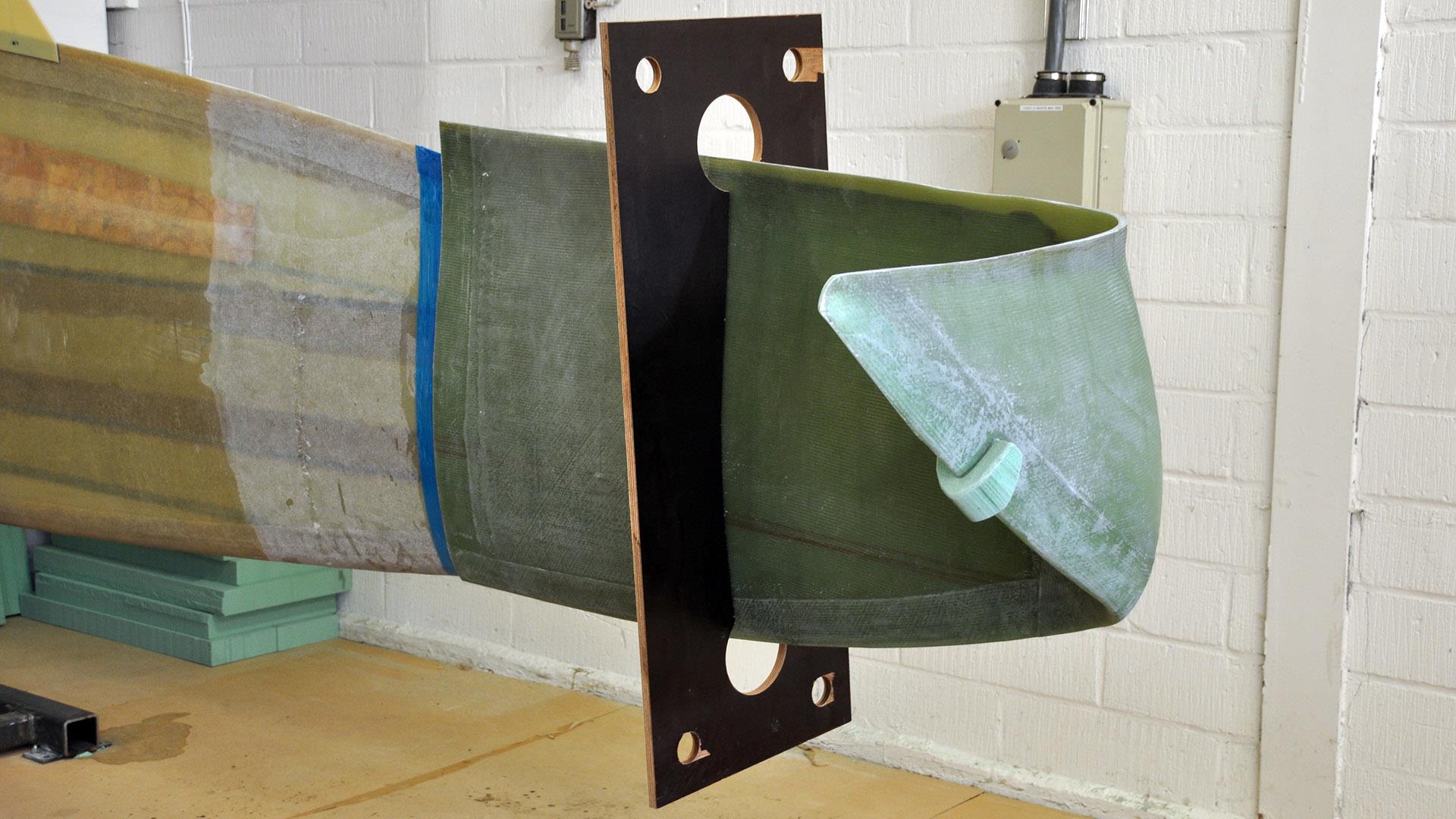 The winglet tip consists of a bend on the tip, which effectively increases the length of a blade in an altered direction. This has some beneficial effects on the complex aerodynamic phenomena in the tip area of the blade. 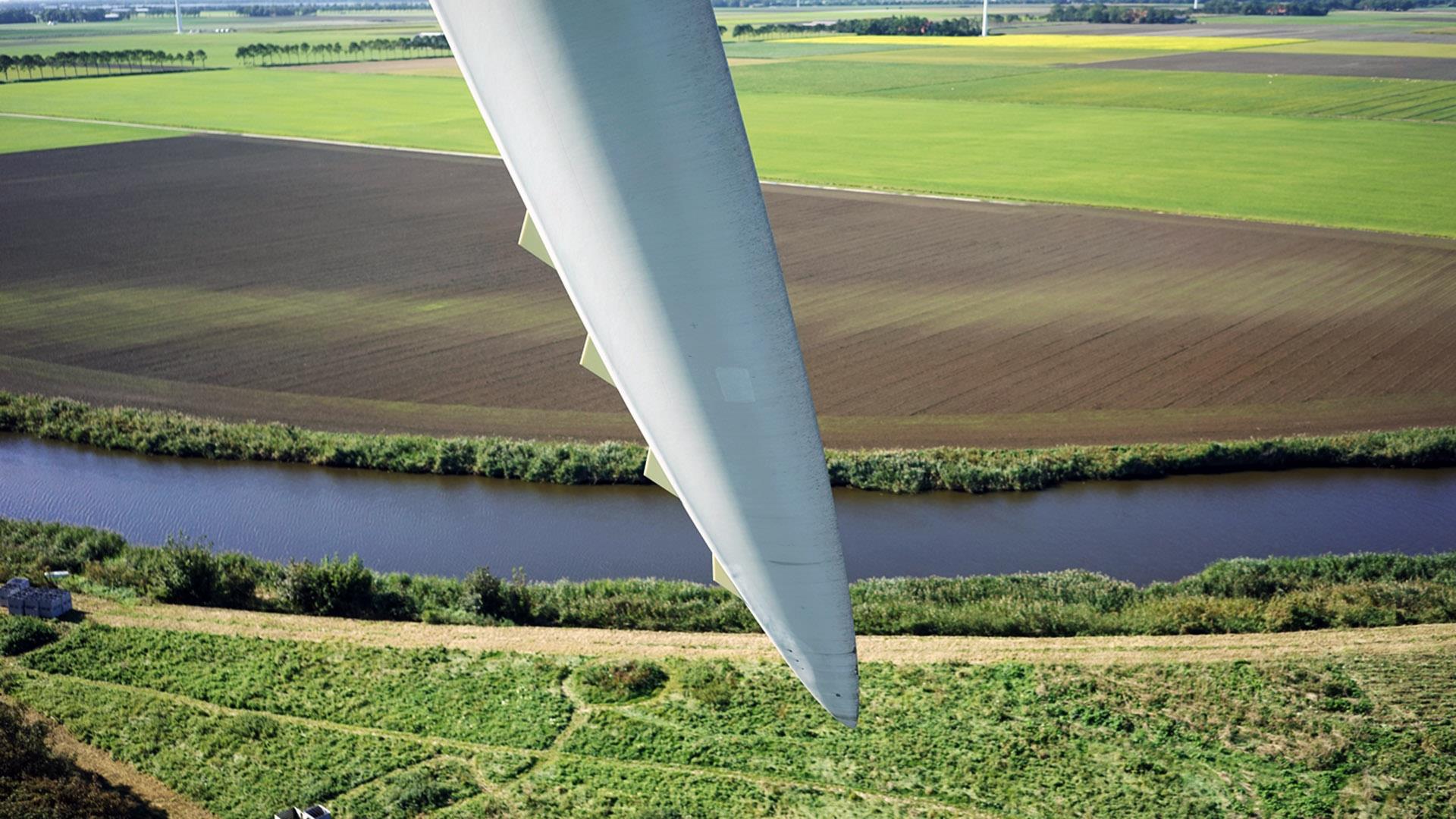 The turbulator tip design involves wake reduction geometry to improve efficiency.  The turbulators cause a faster mixture of the wake, which is beneficial for turbines further downstream in the wind farm. 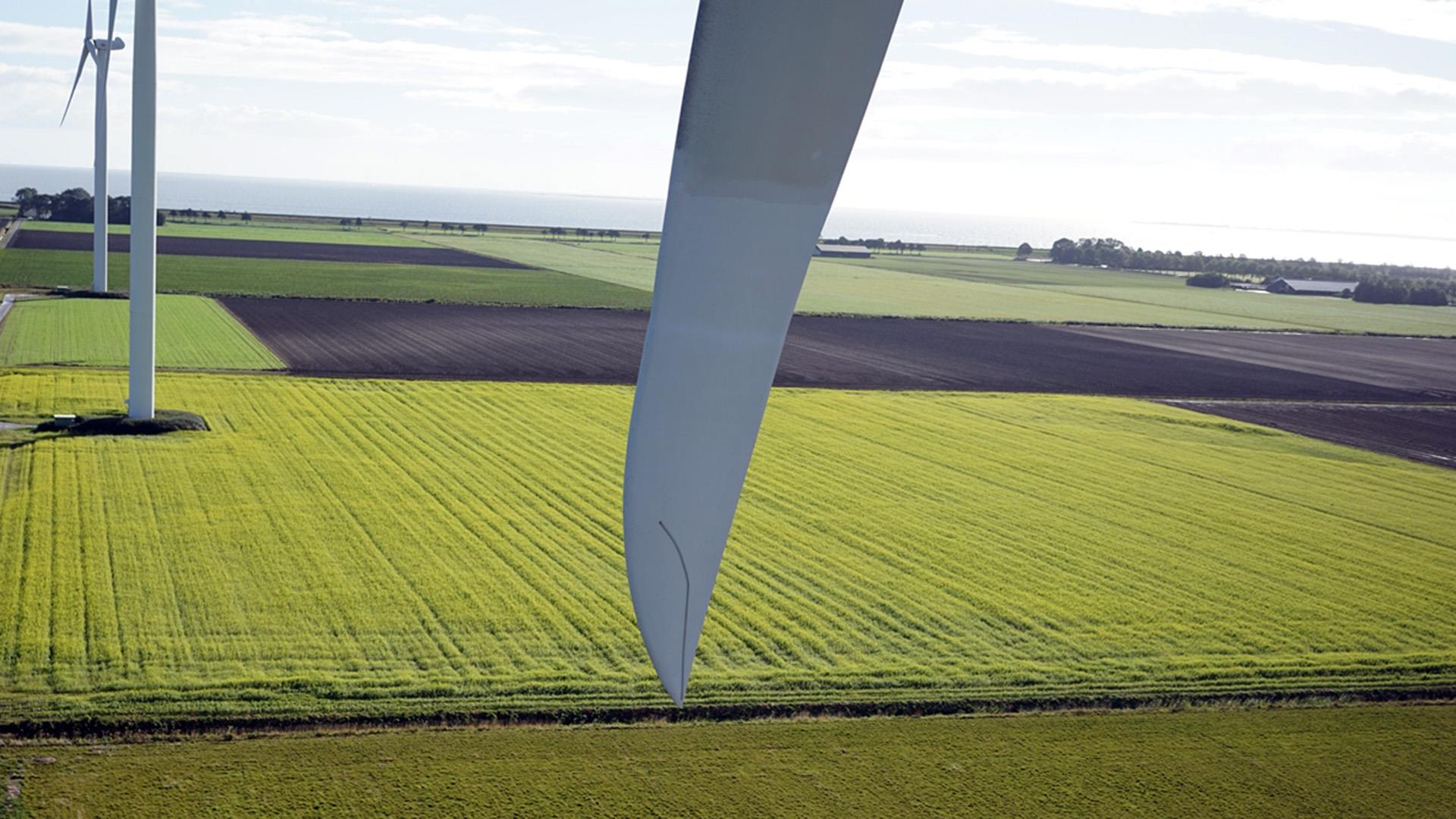 The shark fin tip design improves flow characteristics around the tip area, which has a significant effect on blade performance. 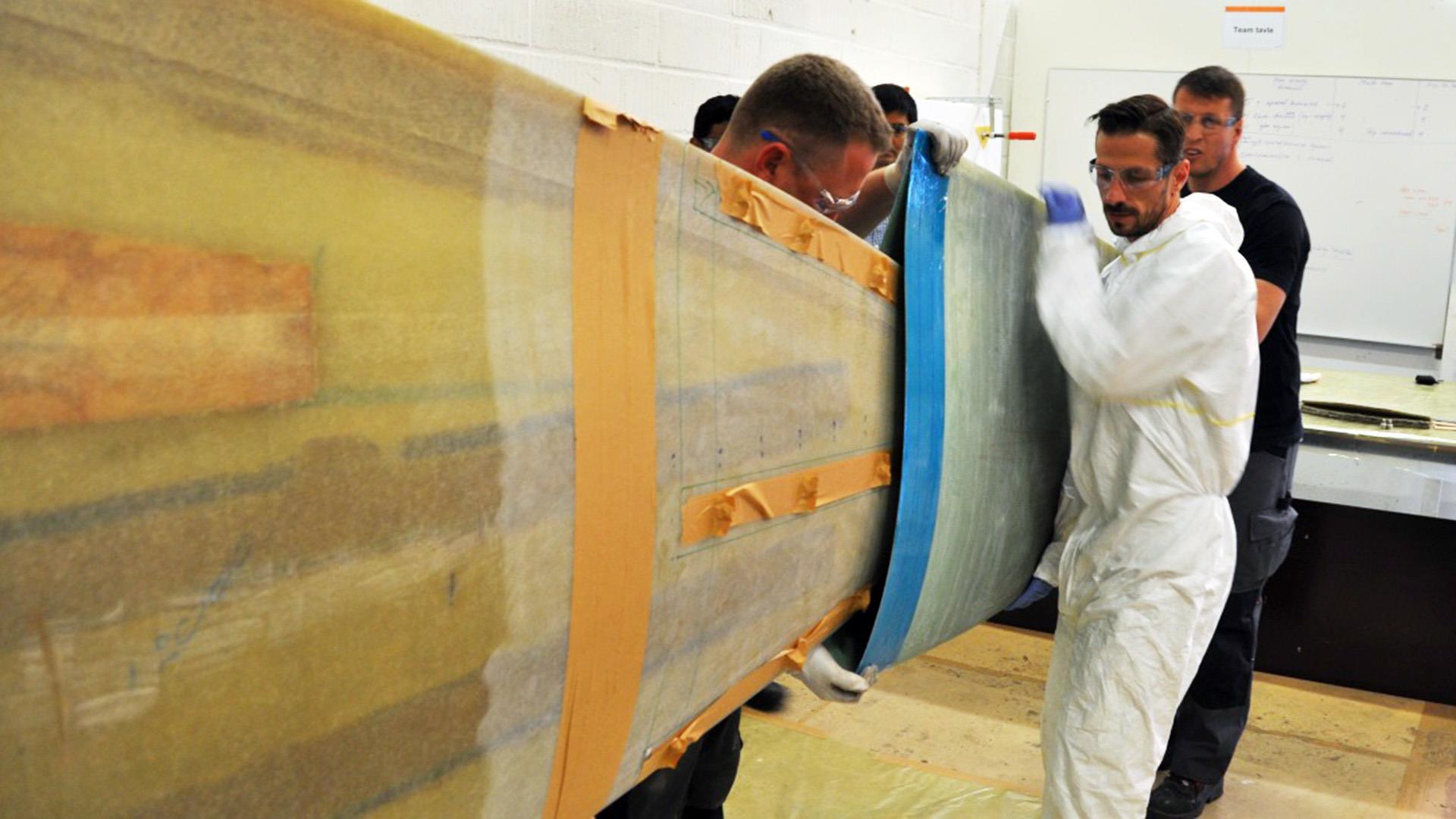 Engineering and Service teams performed an indoor installation and removal test at LM Wind Power's Rolles Møllevej testing facility in Denmark, to remove any critical parameters and reduce the time needed up-tower as much as possible. 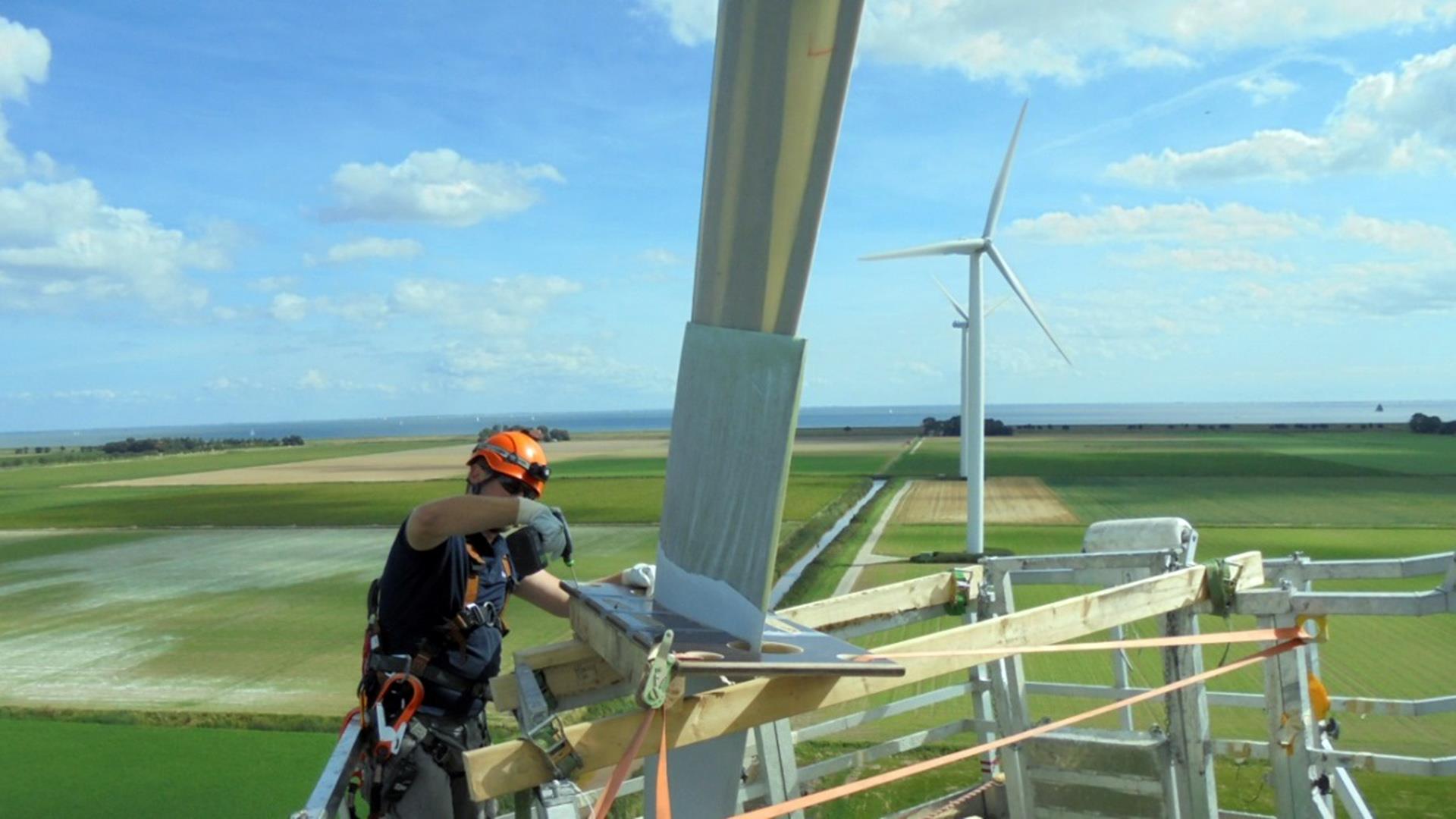 Tested in the field

InnoTip project comes to a close

Thank you to ECN for the successful collaboration, and to TKI Wind op Zee for subsidizing the InnoTip project.